Top-10 Most Annoying Bathroom Problems and How To Fix Them

The average person spends two weeks per year in the bathroom. So it only makes sense that we develop some, well, irritating habits while we are in there. Multiple companies have conducted surveys about our most annoying bathroom habits and issues, and the results are usually the same: We all have the same pet peeves. Here they are, in no particular order, along with a few suggestions for solving the endless bathroom battles. 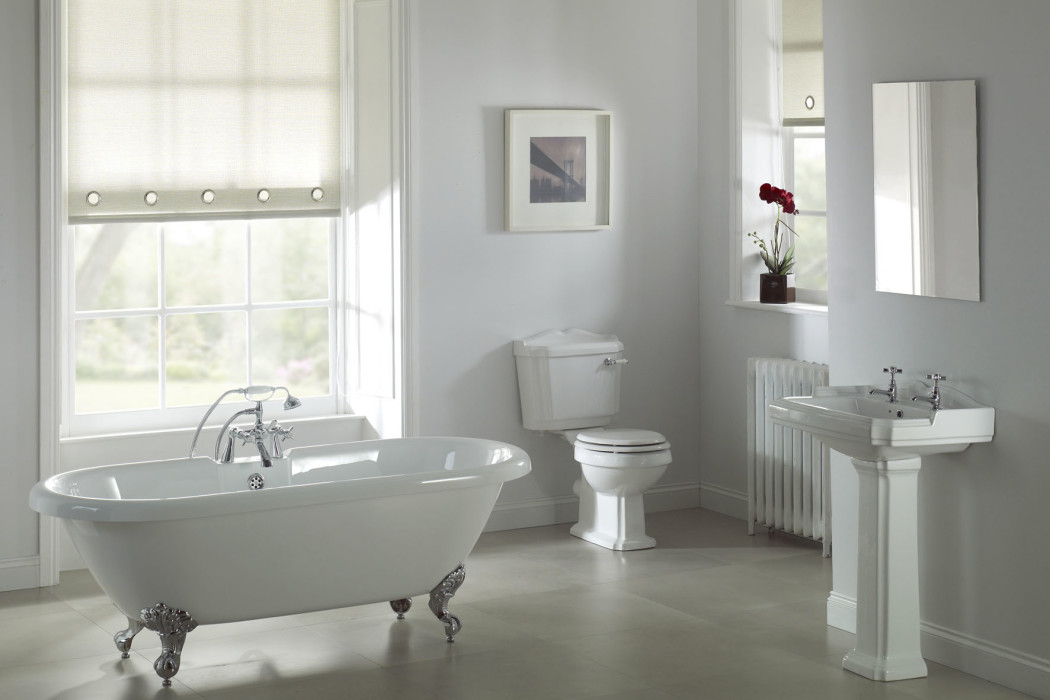 It’s happened to everyone: You reach for some toilet tissue, and the roll is empty — and the replacement rolls are stored in a cabinet across the room, or worse, outside of the bathroom. You can solve the problem with a freestanding toilet paper storage unit. Store extra rolls of T.P. on the tower, and when the roll is empty, all you need to do is grab a new one and slide it onto the dispenser.

2. Empty Shampoo Bottles in the Shower

The problem of empty, or nearly empty, shampoo bottles, cluttering the shower is one of the most common bathroom complaints among men. While you can keep the shower neat and tidy with shower caddies and organizers, solving this problem might just require a commitment to only put the items you use each day in the shower and to toss anything that’s empty or you don’t plan to use.

Cosmetics, hair accessories and styling tools, grooming products, dental supplies, towels … the amount of stuff that lands on bathroom vanities is mind-boggling. And when you are sharing a bathroom vanity, even a double vanity designed for two, too much stuff is almost sure to annoy at least one party. Solve the problem by installing a new vanity with plenty of storage, or reorganizing your current vanity with jars, baskets, bins and containers to keep your daily necessities under control.

Even with an exhaust fan, a long hot shower can fog up the bathroom mirror. But when you wipe the mirror with a towel, it can leave streaks. Consider investing in a fog-free mirror, which uses heat to reduce the amount of condensation on the mirror. In the short term, you can prevent fog by covering the mirror with shaving cream or car wax, then wiping off before getting in the shower.

5. Laundry Piles on the Floor

Do you undress for the shower, and then leave the dirty clothes in a heap on the floor? If so, you’re not alone. In one survey, 20 percent of respondents said that messy floors in the bathroom irritate them. Solve the problem with an attractive hamper in the bath to contain the clutter.

“You used my towel!” For some people, the notion of sharing bath towels is on par with sharing toothbrushes —gross. Install individual hooks or a rack with single hooks that you can label so everyone can hang their towels separately and keep them separated.

It’s a fact of life no one likes to talk about, but odors in the bathroom aren’t uncommon. Make sure your exhaust fan is in good working order, and keep supplies (read: air freshener) for managing odors within easy reach.

8. Water on the Floor

It’s no surprise that bathroom floors have a tendency to get wet, but a wet floor is both dangerous and potentially damaging. Have rubber-backed bathmats handy for showers and baths, and teach children to keep the shower curtain liner inside the tub while bathing.

9. Leaving the Lid Up

Ask any female who shares a bathroom with a man what her biggest pet peeve is, and she will probably tell you that he leaves the lid up. If the problem is really severe, you can invest in a self-closing toilet lid. Or make an agreement that you will both close the lid entirely after use. As a bonus, you will prevent harmful germs from entering the air when you flush.

10. Not Cleaning the Shower

It might seem ironic, but the shower is often one of the dirtiest places in the house. One survey showed that almost 40 percent of people list not cleaning the shower — including leaving hair in the drain or on the soap – as a major pet peeve. Use a drain trap to catch errant hairs and make them easy to remove, and keep a bottle of shower cleaning solution handy to allow for quick cleanup after bathing.

With a few inexpensive gadgets, a lot of communication and a commitment to not doing certain things, you can keep your bathroom neat and tidy, and more importantly, avoid driving your spouse or roommates nuts.

(0)
Uncategorized
admin
No comments
4673
DIY ideas, How to